Jeremy Bernard and Lea Berman, two former White House Social Secretaries, celebrated the publication of their new how-to book on civility and etiquette, Treating People Well: The Extraordinary Power of Civility at Work and in Life, at a party hosted by Connie Milstein at Greenwich Village’s Little Owl townhouse on Wednesday, January 10th.

Actress Judith Light, a friend of Bernard’s, wowed the crowd with her welcome remarks and a glowing review of the book saying, “This may be the manuscript that changes the world.” 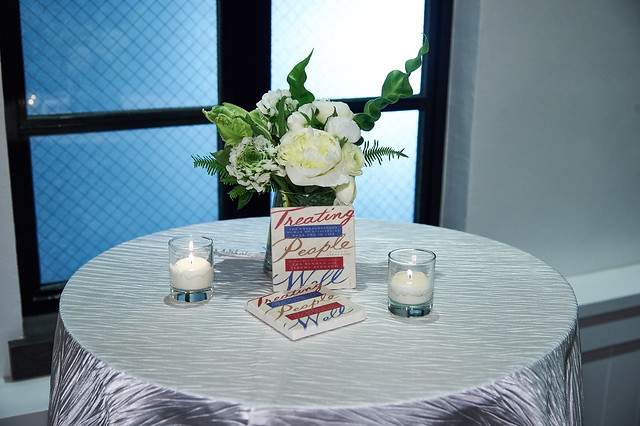 Lea Berman said of writing the book with Jeremy Bernard, “I expanded my horizons by writing this book. I came with him to Morning Joe, and he came with me on Fox News.”

You can purchase the book on Amazon here.