Look out Joanna Coles, President Obama’s right and left hand former Deputy Chief of Staff and newlywed Alyssa Mastromonaco, is Marie Claire’s newest contributor. Another step in the march of all media to Washington for insider information and new media plays. Look for Madam Secretary from CBS this fall. Tea Leoni plays a Secretary of State. 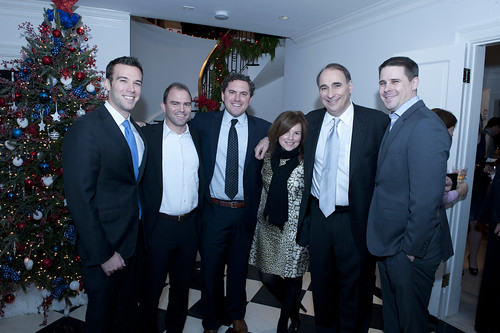 Big News on the White House Correspondents Weekend Soiree front. In a release from Politico this morning, eyes widen and hearts raced with the name Bradley Cooper in the final paragraph. The Georgetown graduate who once worked at Cafe Milano is expected as a guest, so is top White House aide Alyssa Mastromonaco at the Sunday Allbritton brunch. Lucky Lady.

Below are details on POLITICO’s coverage and involvement with this year’s White House Correspondents’ Association Dinner – beginning Friday with the release of POLITICO’s must-read WHCD guide and culminating on Sunday with the annual Allbritton-POLITICO Garden Brunch.

WHCD GUIDE – Celebrity Politics: The Lines Blur Between Hollywood and D.C.
This annual magazine edition of POLITICO offers influential dinner attendees and readers alike a sneak peek inside Washington’s biggest weekend. The ultimate guide includes an exclusive interview with comedian and dinner headliner Conan O’Brien, an introduction to the WHCA board, profiles of scholarship and award winners, a look behind the scenes of the Washington Hilton and more. Nearly 40,000 copies of the magazine will be distributed around Washington including at more than 100 Starbucks locations. Stories from the magazine will also be available here.

WATCH LIVE: WHCA SCHOLARSHIP LUNCH – The White House Correspondents’ Association will honor its scholarship recipients at a luncheon on Friday at 1 p.m. POLITICO will livestream the luncheon’s panel discussion with the winners. Watch the event at POLITICO.com/live.

‘THE SCRUM’ PODCAST – POLITICO reporters will preview the weekend’s festivities, examine key moments from past dinners and analyze why Hollywood makes the pilgrimage to the nation’s capital each year in ‘The Scrum,’ POLITICO’s weekly podcast. Subscribe to each weekly installment of ‘The Scrum’ on iTunes.

COMPLETE COVERAGE – As the one-stop destination for coverage of the WHCD weekend, POLITICO will have reporters at each of the biggest events, offering intel on everything from pre-dinner parties to late-night celebrations. Coverage will include live blogging, celebrity interviews, on-the-ground videos and must-see photo galleries. Get the latest in one click: POLITICO WHCD Complete Coverage.