On the latest episode of the Volta Insider podcast, host Rachel Greenberg had a conversation with novelist and screenwriter Graham Moore, one of the most sought after young writers in America. Moore’s latest, the historical novel The Last Days of Night, tells the tale of the early days of electricity in America and the rivalry between Thomas Edison, George Westinghouse and Nikola Tesla that led all the way to the Supreme Court. Moore won the Oscar for Best Adapted Screenplay in 2014 for his Alan Turing biopic The Imitation Game and gave an emotional acceptance speech about overcoming self-doubt that has become a viral video hit. He is also the son of Susan Sher, former Chief of Staff to First Lady Michelle Obama.

Moore recently announced that The Last Days of Night is being turned into a feature film which is currently in preproduction. Greenberg asked the admitted perfectionist what it was like to adapt his own novel for the screen. “I’m on draft 12 of the screenplay right now. There will be 30 by the time I’m done.”

Greenberg asked Moore about his inspiration for the new novel and his obsession with scientists and mathematicians. “They’re passionate, they’re driven, and they’re obsessive. They devote their lives to these subjects that the general public might think are arcane and I identify with that.”

Moore also gave some insider tips in case you want to win an Oscar. “Your clock doesn’t start until you step to the podium, so if you need a moment to compose yourself on stage you can take the trophy, pause, then step up to the podium.”

You can watch the full interview with Graham Moore here. 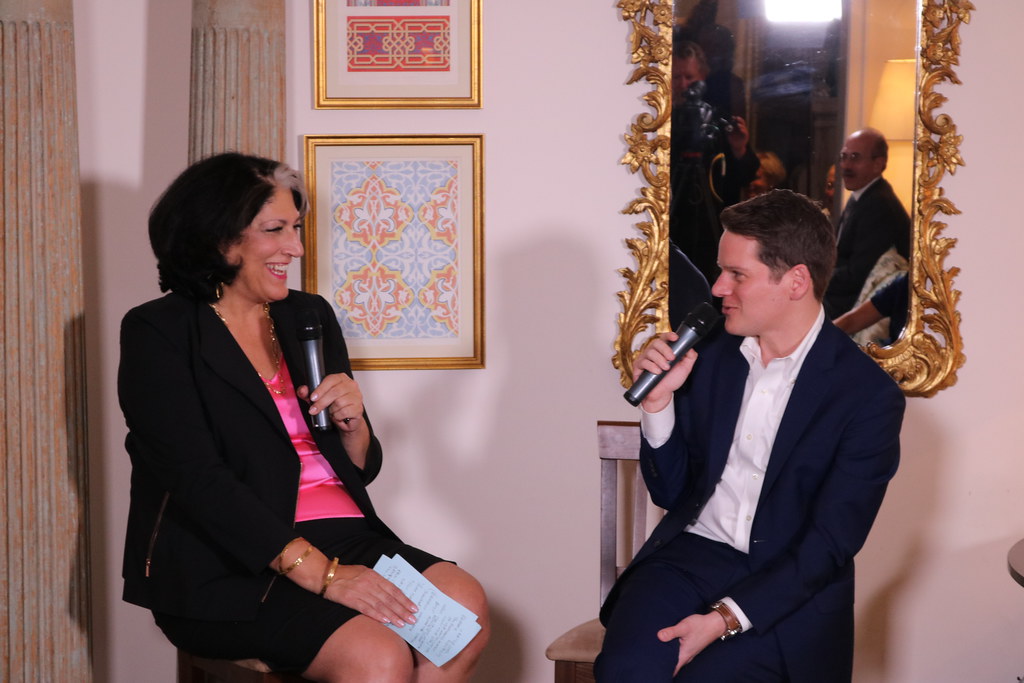 DC’s biggest names descended on the house of Hilary Rosen to celebrate the latest novel from The Imitation Game screenwriter Graham Moore, The Last Days of Night. Moore’s last project, The Imitation Game, which tells the story of mathematician and codebreaker Alan Turing, won the Oscar for Best Adapted Screenplay, and his heartfelt acceptance speech has become the stuff of legend.

Moore’s latest novel tells the story of the rivalry between Thomas Edison and George Westinghouse, the early days of electric light in America, and the eventual billion dollar lawsuit that went all the way to the Supreme Court. The novel also features appearances from other historical figures such as Nikola Tesla and JP Morgan.

Susan Sher, former Chief of Staff to First Lady Michelle Obama and Moore’s mother, was there to celebrate her son’s accomplishments with assistance from Valerie Jarrett, Senior Advisor to Barack Obama. Tammy Haddad interviewed Moore about his new book and the reaction to his Oscars acceptance speech.