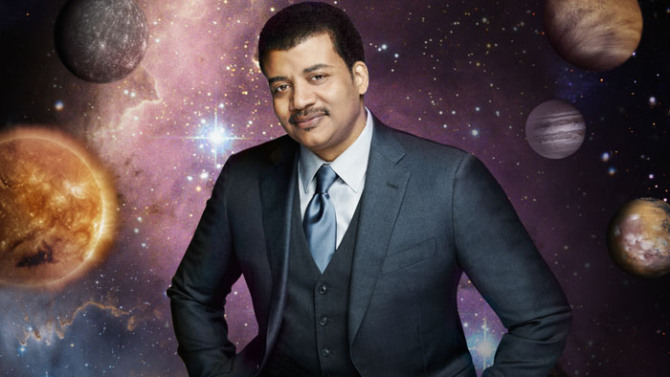 Jon Favreau, Obama’s soon-to-be-departing outgoing director of speechwriting, stopped by The Colbert Report last night to go over his time with the President and his Hollywood aspirations. While the esteemed former Super PAC founder hoped to go back on the nine-year veteran’s career prior to the White House (“please use the words fry cook.”)

While today is technically Favreau’s last day at the White House–again, Colbert: “I booked you 24 hours too early!” While he and David Axelrod were responsible for the 2009 White House Correspondents Dinner sketches, Favreau’s departure from Washington for Los Angeles may be tough. After all, there’s already Jon Favreau, writer-director of Swingers and Iron Man. But Vanity Fair has us covered in a tale of the Favs. The full Colbert video below:

Late night comes back to the White House Correspondents Dinner with Conan O’Brien. The TBS host that once called NBC home is coming to D.C. to preside over the 2013 WHC Dinner on April 27th according to–of all places–Ed Henry‘s Twitter.

The 2013 Chairman went on the social media platform rather than the origination’s own website, which still hasn’t been updated. Henry followed up on his Twitter, citing that O’Brien “was terrific at ’95 correspondents dinner w/[sic]Clinton[.]”

This will mark the second time that the self-described “Basic Cable” host will stand at the Hinckley Hilton dais. Unfortunately, he still has two more times to go until he ties the current record holder for most performances (Jay Leno). Over on O’Brien’s official site, Henry gave a more formal remark:

“Conan is one of televisions most innovative and influential talents and I am absolutely thrilled that he has agreed to be this year’s featured act,” said Henry. “As social media has changed all aspects of the media business, Conan has embraced this shifting landscape to become a creative force both online as well as in the traditional television model. We are grateful that Conan will be also be using that creativity to bring more attention to the WHCA’s commitment to helping needy journalism students.”

Navid Negahban ,who played Abu Nazir on Showtime’s “Homeland,” returns to Cafe Milano even if he didn’t realize it. Who said people don’t return to the scene of the crime? The actor known for his previous roles in the 2009 film “The Stoning of Soraya M.” Negahban was being honored at a private dinner last night featuring CNN’s Jake Tapper and wife Jen, Franco Nuschese,Eve and Peter O’Toole and Glover Park Group’s Joe Lockhart among others.

When told not only that the dinner spot was the same one that was used in the season two premiere featuring Congressman Brody (Damian Lewis) finding out his cover might be blown along with President Obama followed the second season on the campaign trail, Negahban was floored.

Our beloved Politics and Prose, a local D.C. bookstore and required shopping destination for bibliophiles/political wonks/caffeine junkies, has finally made it to New York. Appearing as the setting for SNL’s cold open, which finds Paula Broadwell (played by Cecily Strong) reading from “All In: The Education of General David Petraeus.”
END_OF_DOCUMENT_TOKEN_TO_BE_REPLACED

Welcome back to late night, Coco.

Last night the former Tonight Show host made his basic cable debut on the TBS network and it did not go unnoticed. Conan O’Brien wasted no time in reminding viewers of how his firing went down last year, literally likening the NBC Network honchos to Godfather-like hitmen.

While it may have lacked the vim and verve of O’Brien‘s dash across America as he headed towards the land of Burbank for The Tonight Show, last night’s cold open showcasing O’Brien‘s search for new employment (including cameos by Mad Men’s Jon Hamm and “Guardian Angel” Larry King) proved the comedian could take a licking – and a joke.

Let us here at WHC Insider be the first to publicly declare our vote for Conan O’Brien as the host of the 2011 White House Correspondents Association Dinner…although maybe he should shave first? Check out the bearded-one in last night’s monologue:

Despite explaining health care reform, the economy and even a ceremonial mug presentation, the takeaway from President Obama on The Daily Show? Dude.

END_OF_DOCUMENT_TOKEN_TO_BE_REPLACED

The Daily Show and The Colbert Report will each march on Washington, DC on Saturday October 30th.

Both Jon Stewart and Stephe–sorry, Dr. Stephen T. Colbert announced their dueling rallies last night on each other’s programs (twice.) What reasoning could there be behind such events? Because it was the day before Halloween? Because it was 10/30/10 during an election year? Because there was a tornado in Brooklyn?

None of the above as Stewart sheepishly explained on last night’s show, “we were already filming there that week.”

The Daily Show’s Rally To Restore Sanity promises a venue “for the people who think shouting is annoying, counterproductive, and terrible for your throat; who feel that the loudest voices shouldn’t be the only ones that get heard; and who believe that the only time it’s appropriate to draw a Hitler mustache on someone is when that person is actually Hitler. Or Charlie Chaplin in certain roles.”